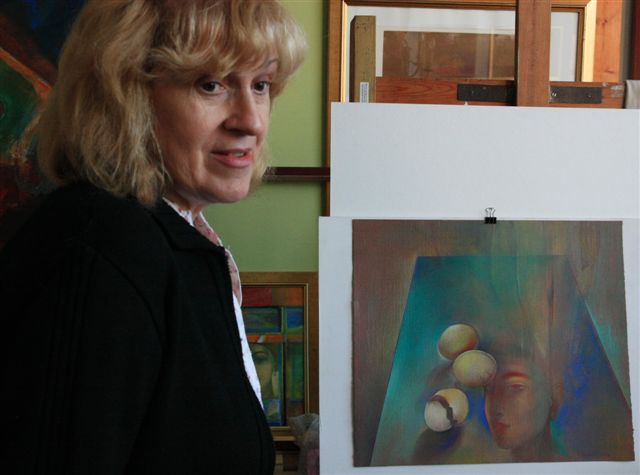 Memory from the last century

Family photographs have given me enigmatic image, remembrance of the last century. My dream to realise  an interesting idea, to paint beautiful ladies from the 20th century. Since then I have copied old  brown photos applied them on handmade paper. Recently I have worked them with aquarell and tempera as well. I would like to paint the influence of this period and the atmosphere in my graphic series. In spite of I know,the language of the photo has moved on since then.

At the beginning of last century women were wearing beautiful dresses,  full of lace and madeira. They had those elegant big hats, gloves, flowers, and rich carpet, drapery  in the old photographs. The design of  the twenties was extremely nice, clothes  were outrageously pretty. In my graphique series I intend to show  Birth, Marriage, and Poetic memory and Dream.