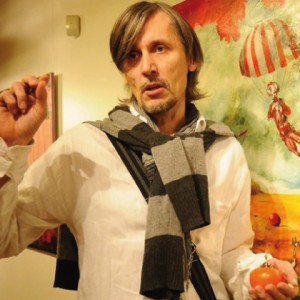 His paintings are a self-declared world of a universe of mythical tales that enrich our lives. He is a painter who has a strong impact on the viewer’s way of thinking, the view is just the means, the tool to prompt thought.

Many of his paintings are somewhat allegorical portraits of him, with a central character and a group of people who often look out of the picture. Apparently they are different people but they always have the same face, which is the artist’s face broken down into pieces, representing his various thoughts.

The most striking feature, the red balls, are almost always present in his paintings. It is a play on words, exploiting the double meaning of the the Hungarian word ‘paradicsom’, which is paradise and tomato. The balls are stylized red tomatoes to symbolize paradise and to bring happiness into his paintings. 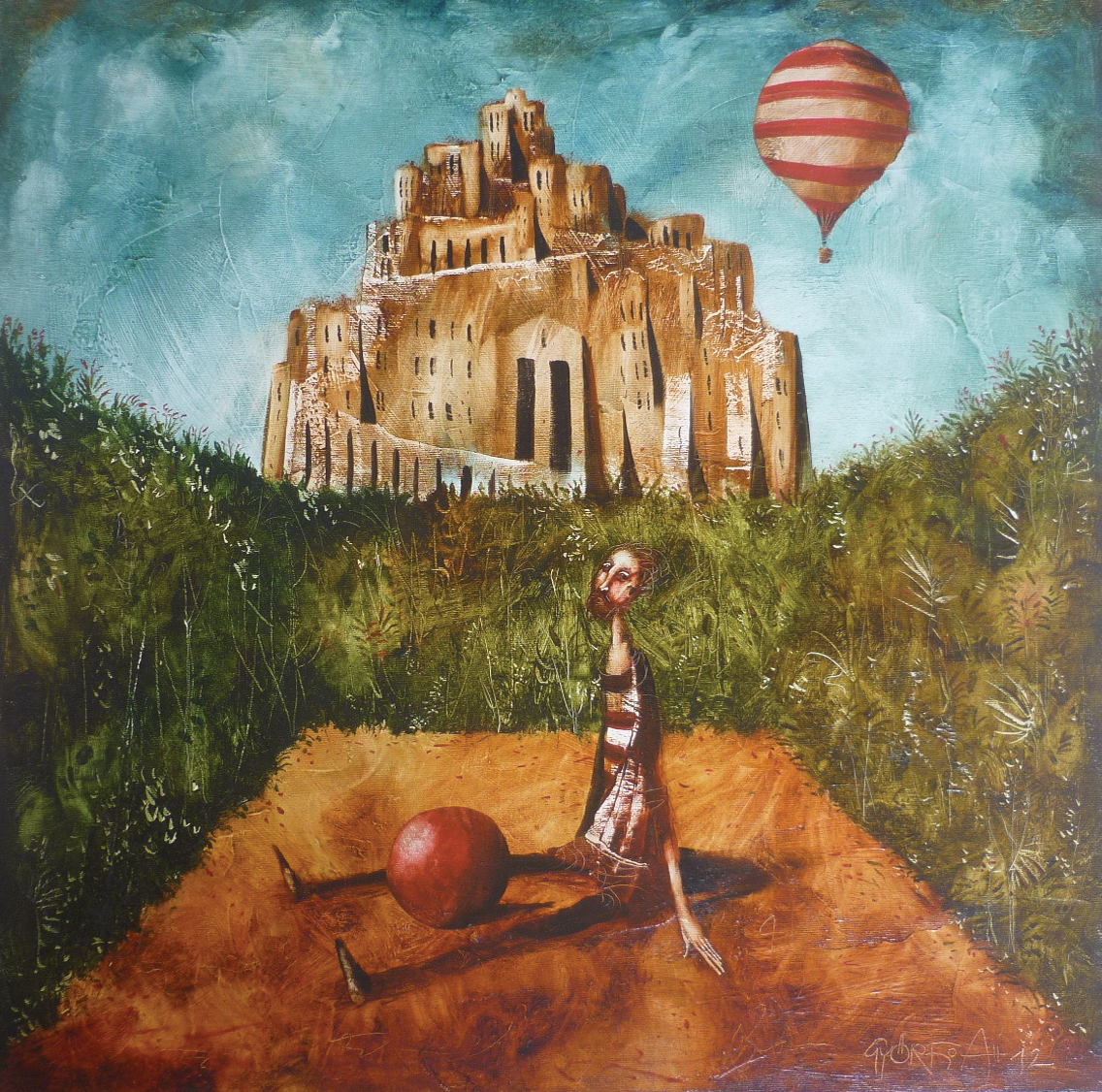 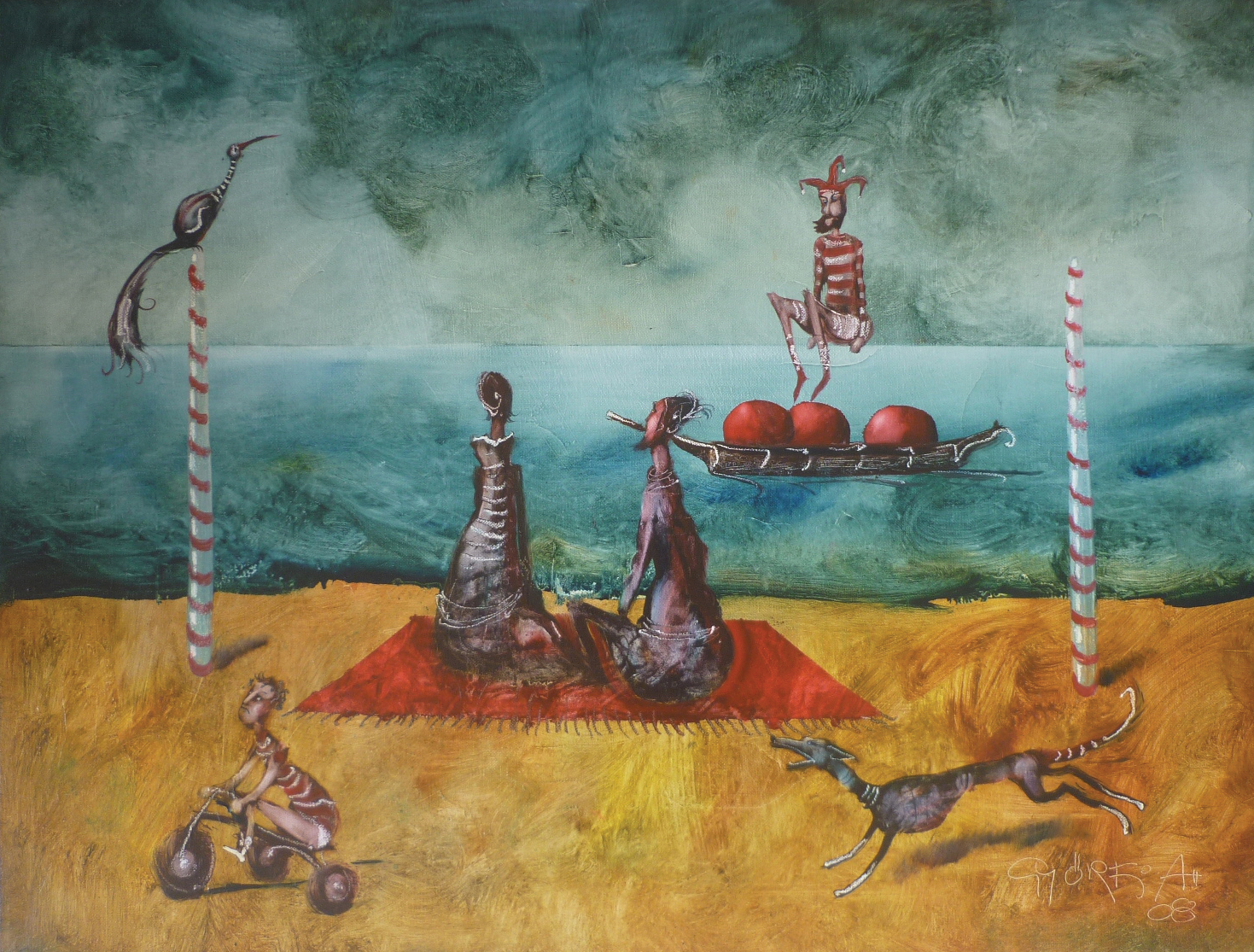 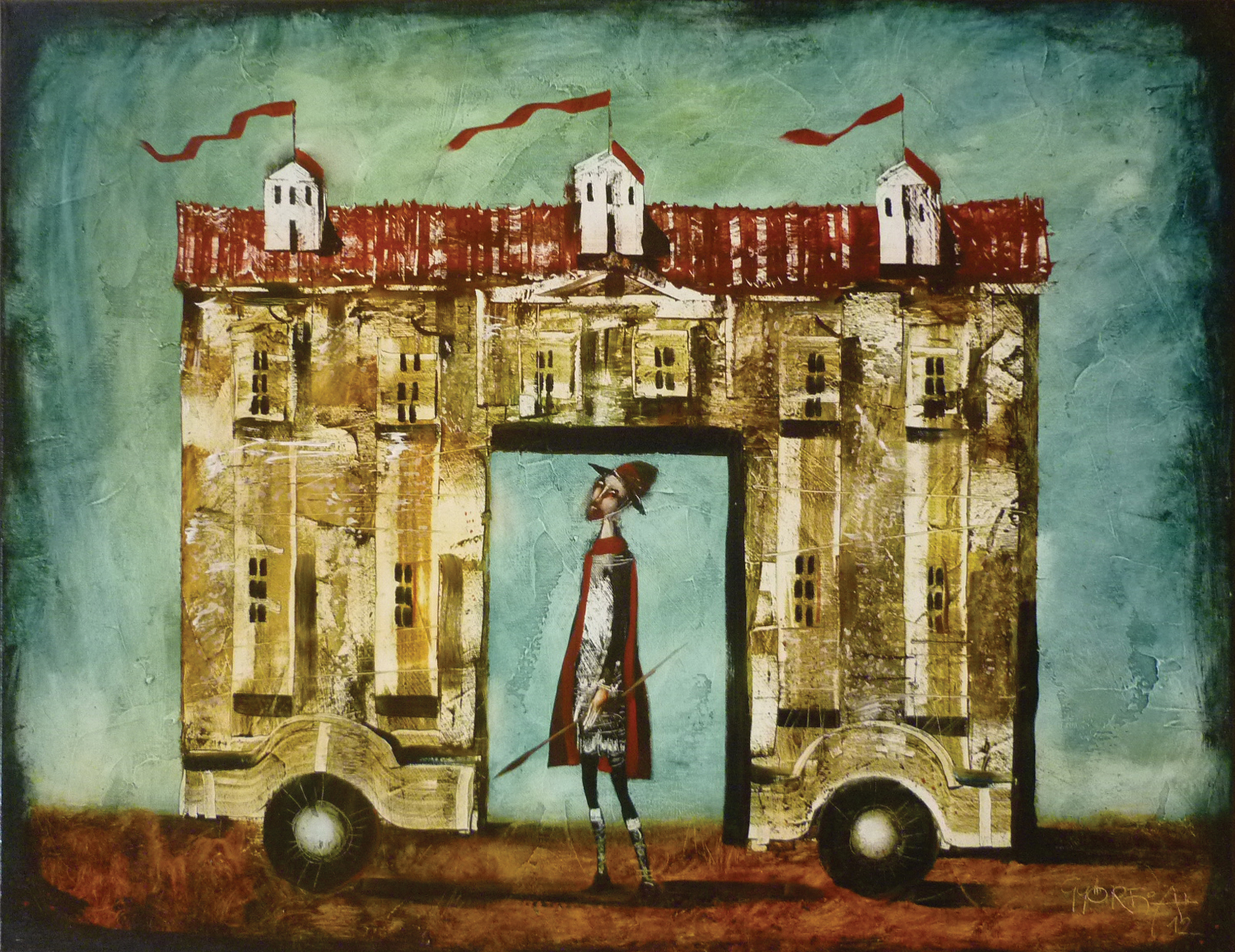 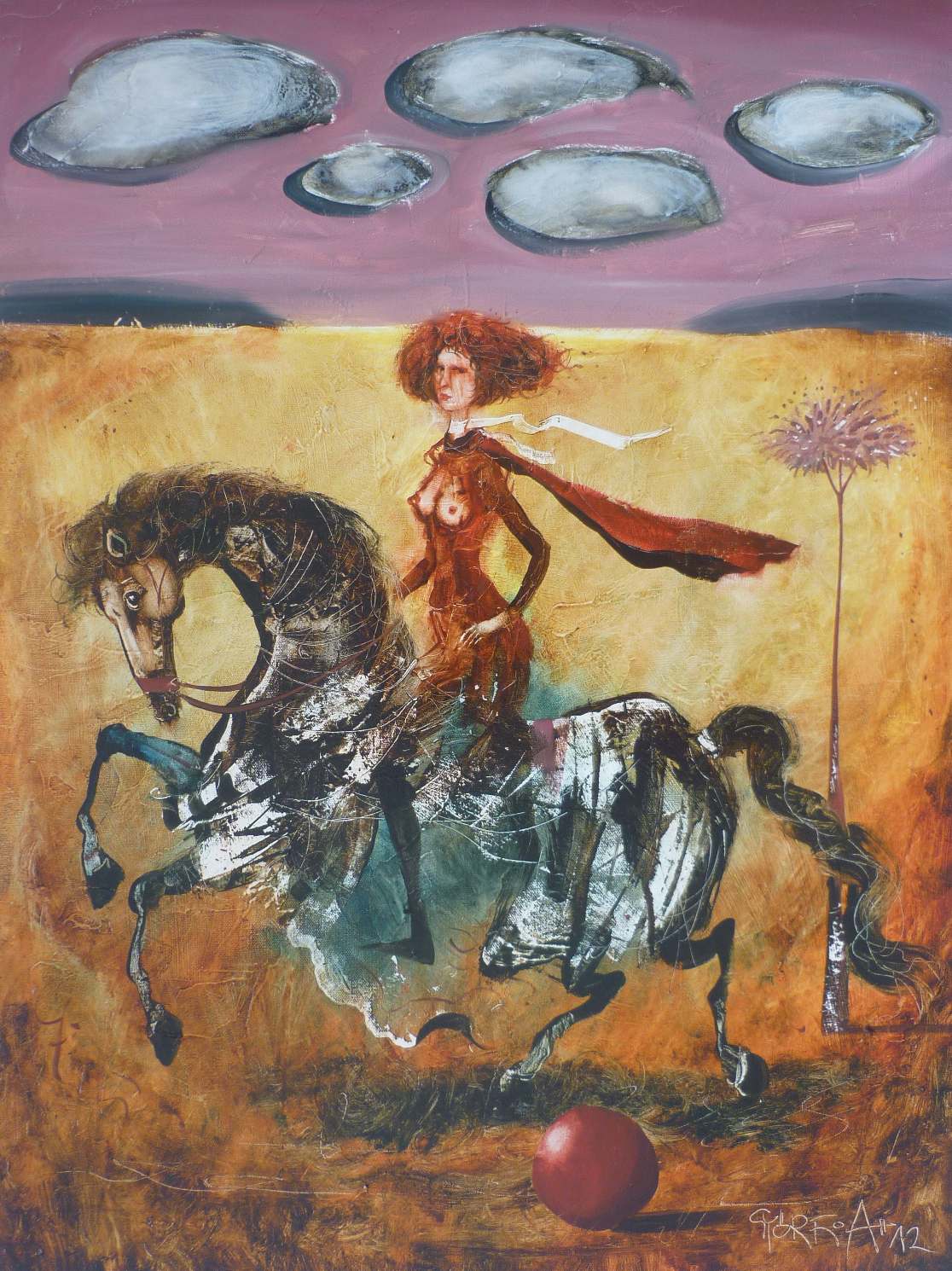 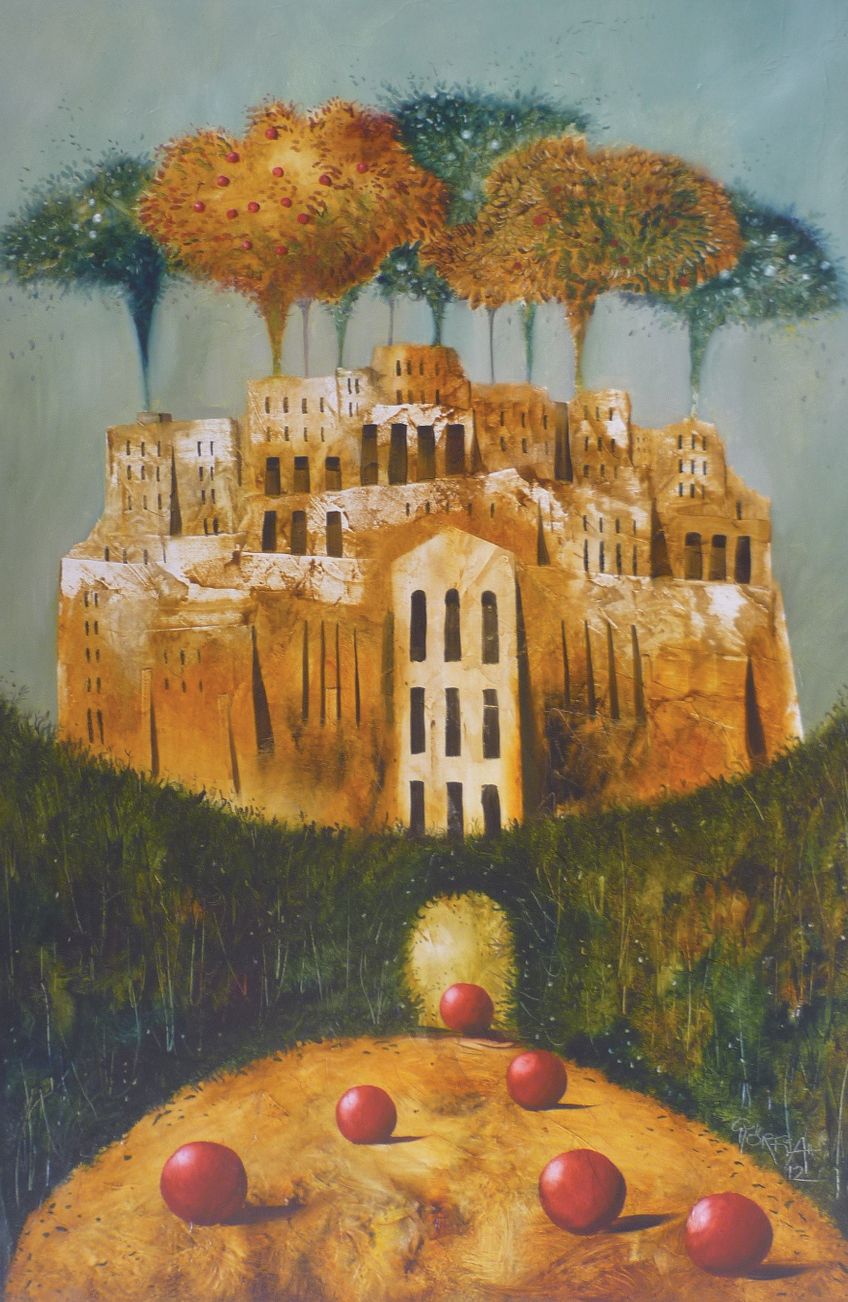 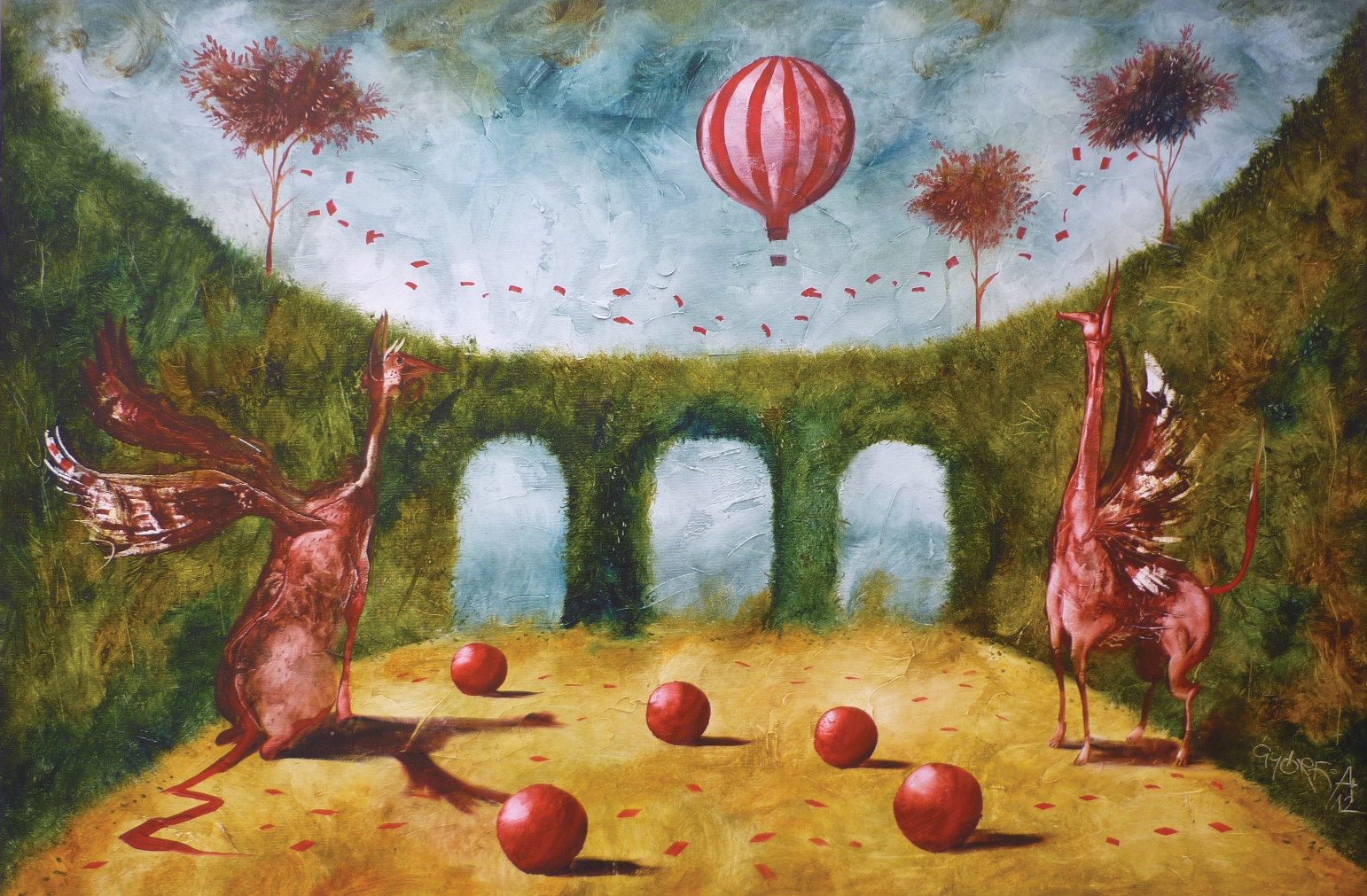 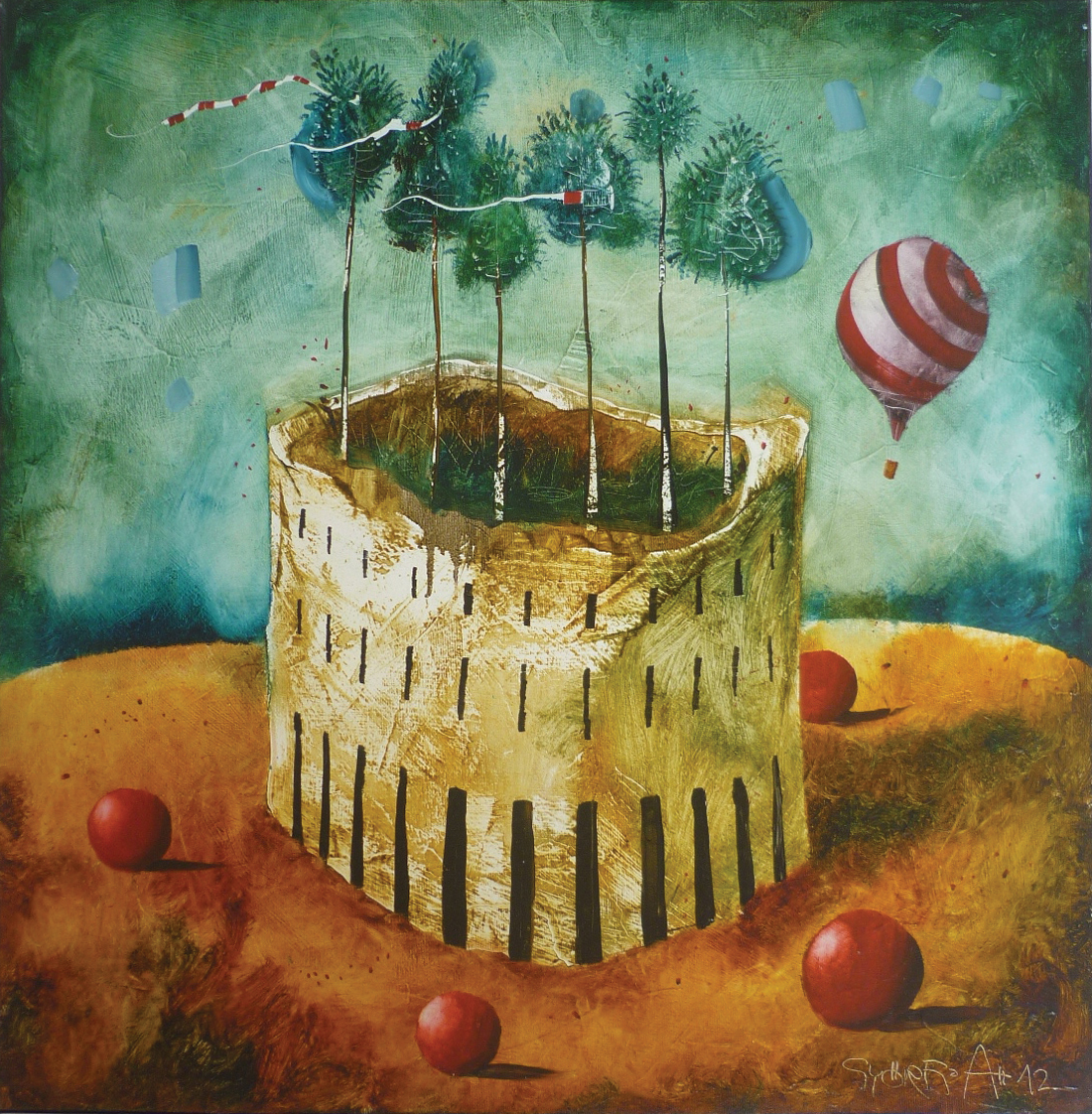 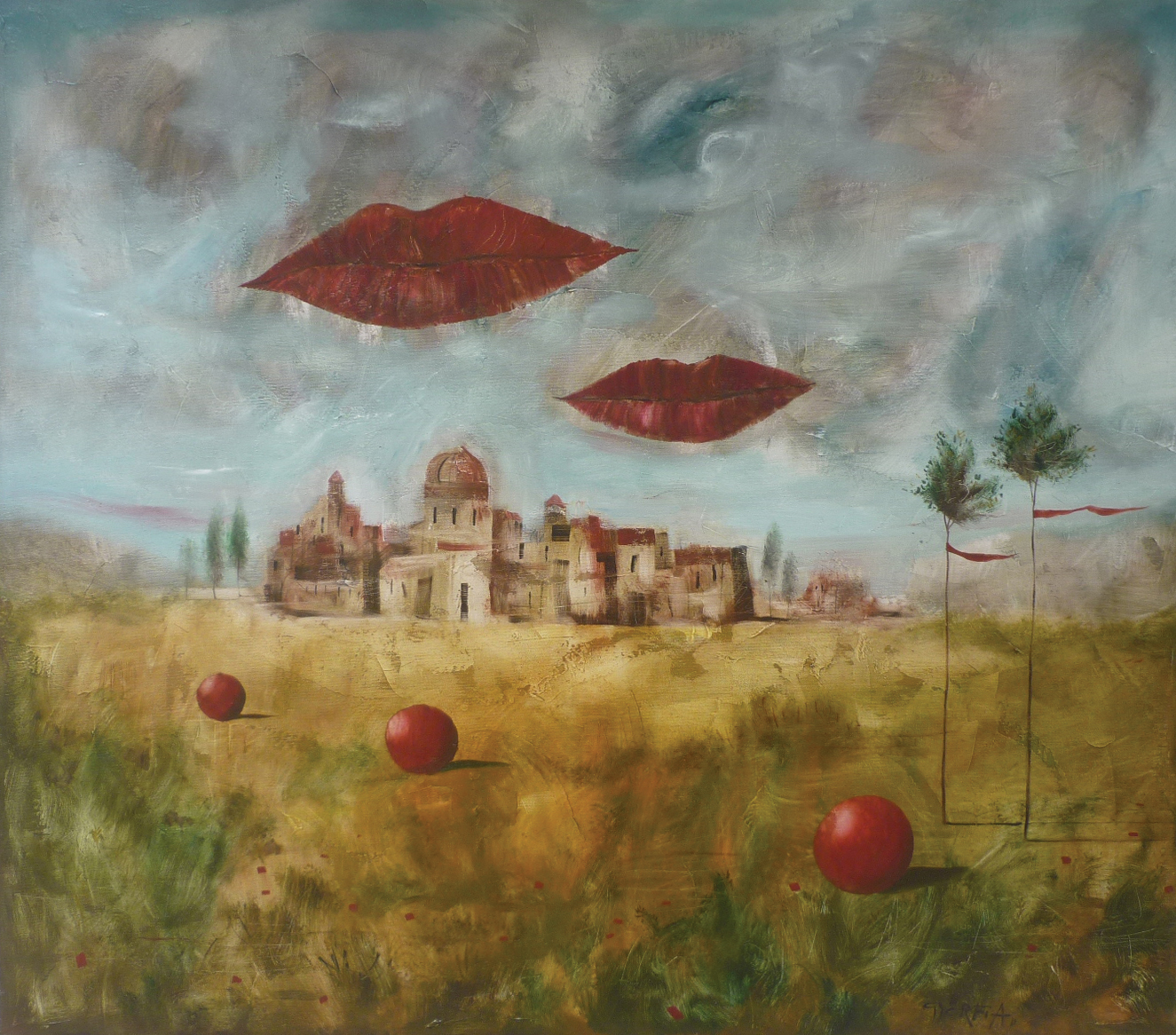 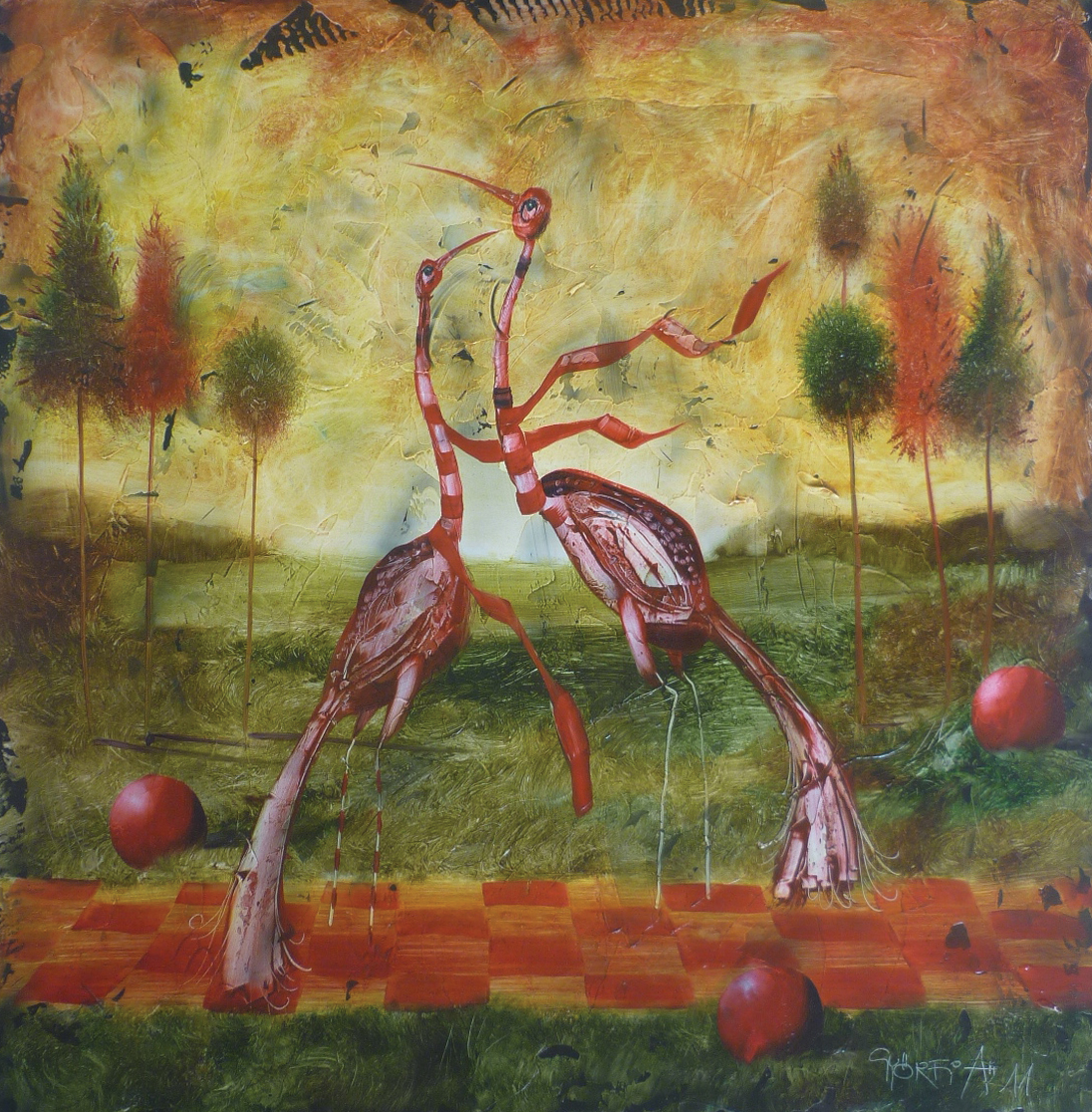 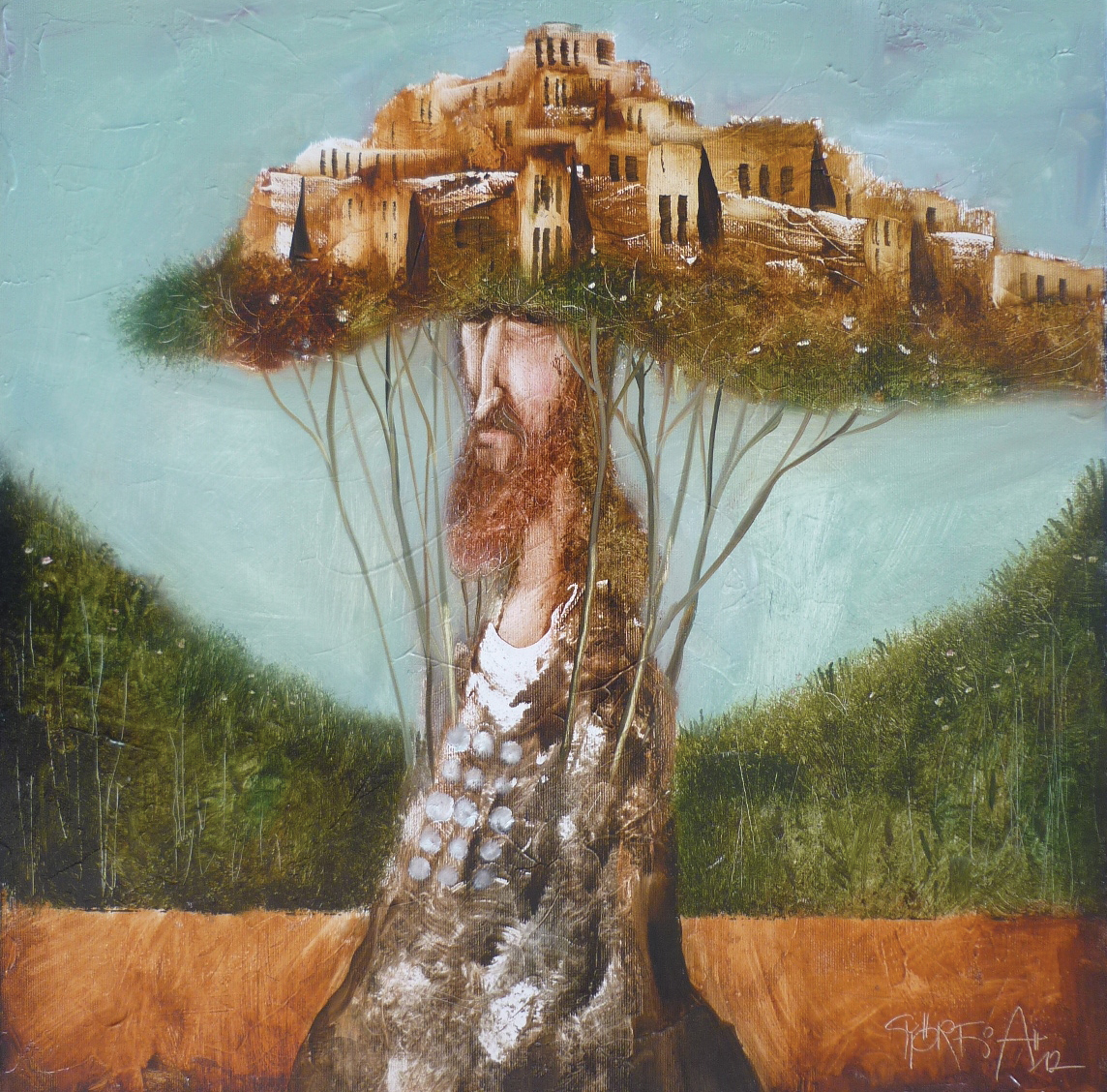 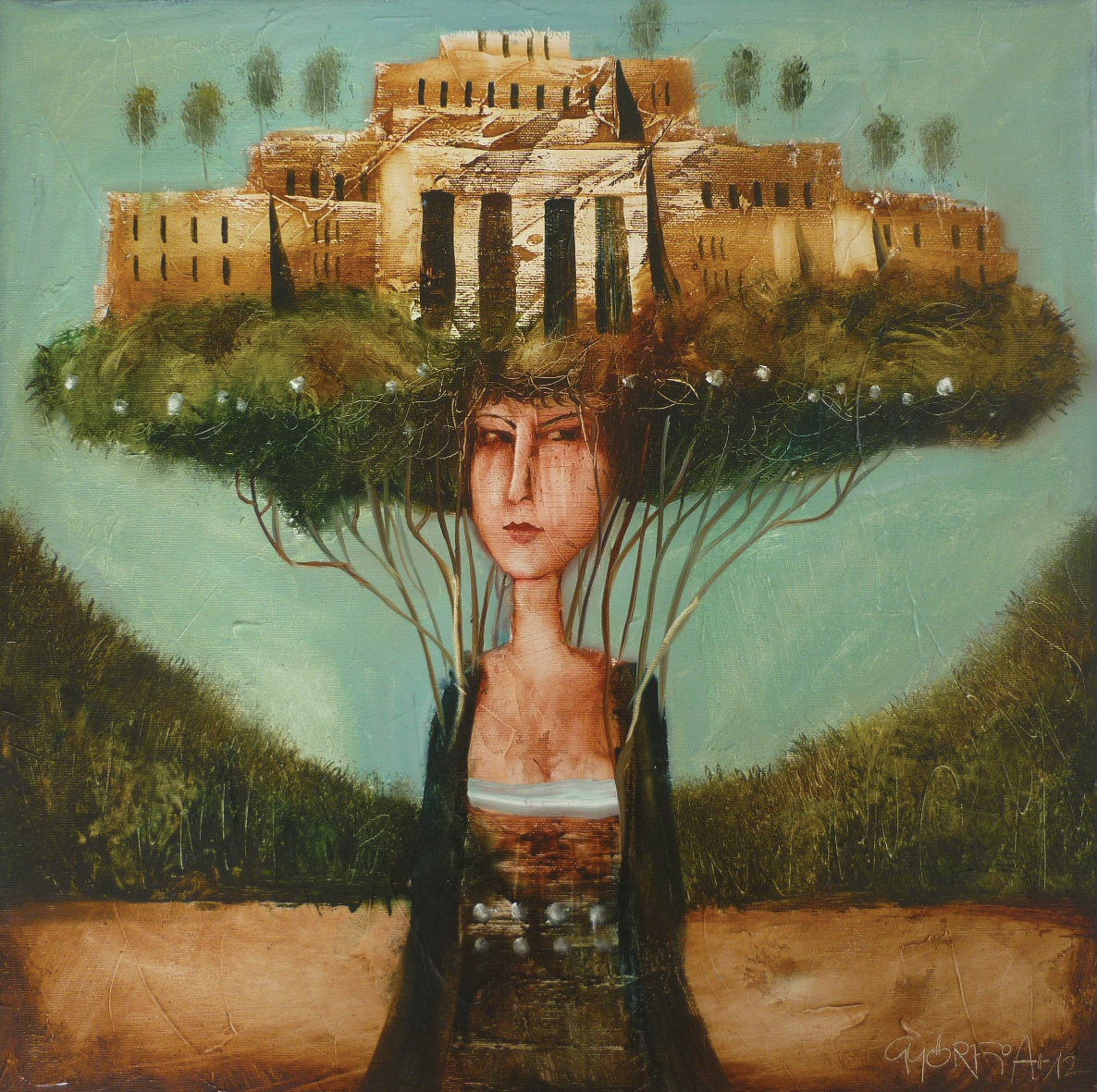 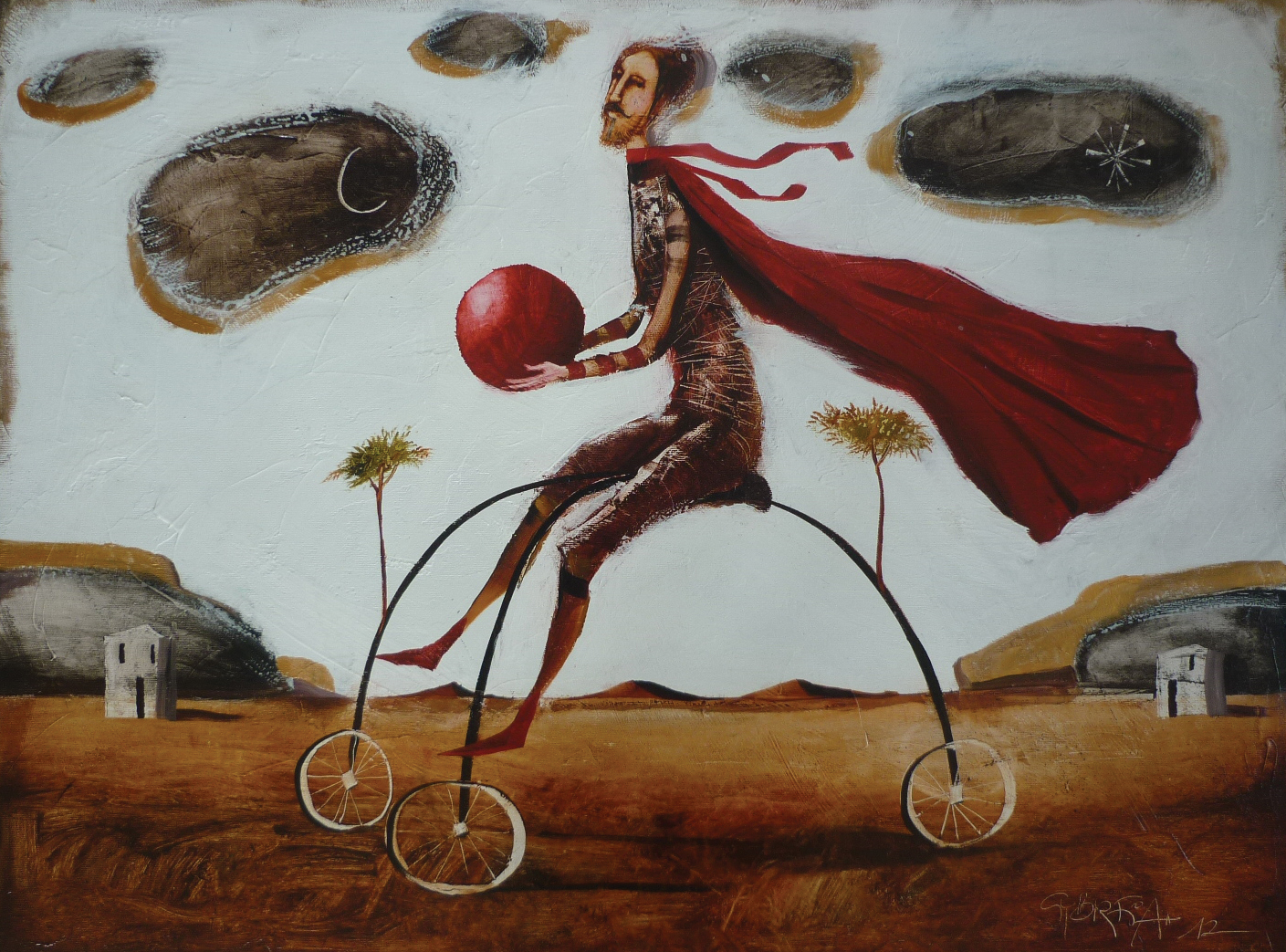 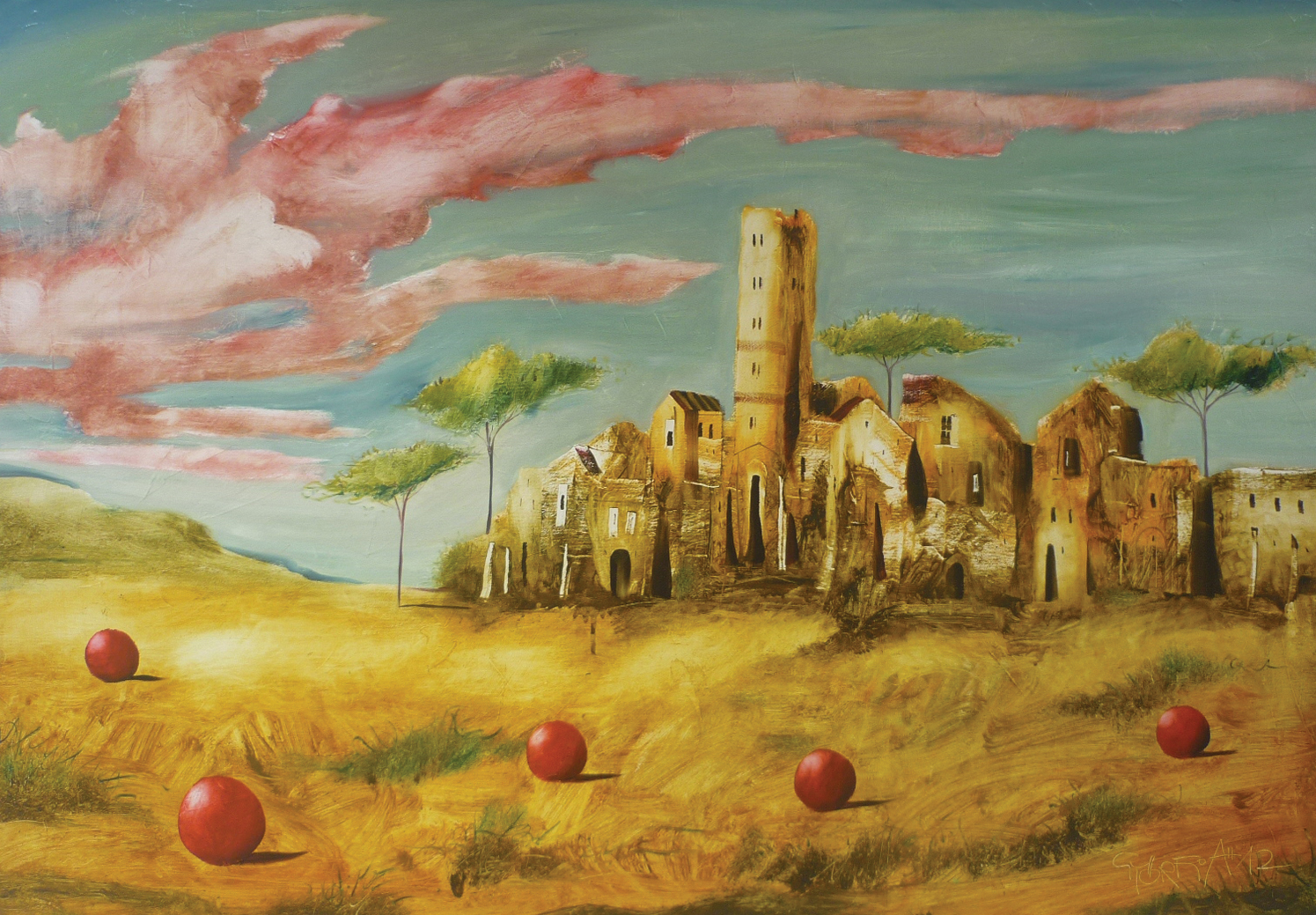